James has been on the leading edge of the IT industry for 25 years from the introduction of e-commerce and now specialising in Robotics and Blockchain. Being one of Malta’s IT pioneers following a career in software, cryptography, defence, robotics and education James Catania is the CEO and lead technical consultant for Intelliblock, the premiere business blockchain solutions provider for the European market with several successful ICOs and certified blockchain developers, Intelliblock is placed at the top for proven blockchain solutions. James holds two Masters degrees one in management of information systems and another in computer science.

Edward leads the large-scale machine learning effort at IBM Research UK, with a goal of generating step-changes in the way industries do research through the use of high-performance cognitive computing techniques such as Bayesian optimization and deep learning.

Simon Benson is the co-founder of Realised Realities, a specialist Virtual Reality and immersive technology consultancy.  He has over 20 years experience working in the immersive field, initially starting out in military R&D before moving to Sony where he was the Director of the Immersive Technology Group for Sony Interactive Entertainment and a founder member of the PlayStation VR project.

a leading global, multi-disciplined engineering and construction company founded in 1951. We are passionate about improving lives by delivering world-class infrastructure. Operating in the United Kingdom, Ireland and Canada, Murphy provides a range of construction services to infrastructure sectors including rail, water, power and natural resources

Vin founded and is the CEO of Clicks and Links Ltd. Vin is responsible for the company’s development into socially-aware virtual world/serious games business that it is today. Vin recently led work with many European Cities, through Eurocities and the European Commission, on how the innovative use of ICT can help reduce a City’s carbon footprint.  This has resulted in more than 40 European Cities adopting the Green Digital Charter.  Vin’s other areas of interest include Green ICT, innovation and social technologies.  In the context of the current Future Cities agenda, he is exploring how games technology might be applied to help solve city challenges and how to bring SME talent together through new means of networking across national boundaries.

Dom Raban - Managing Director - Corporation Pop
www.corporationpop.co.uk
Dom Raban has been creating ‘stuff’ for nearly 40 years, from punk fanzines in the 1970s to content for emerging technology platforms now. He’s been in the digital space since the start, building his first website in 1995 and his first 3D virtual environment in 1996. Corporation Pop was launched in 2007 and was one of only 35 companies worldwide to be accredited as Gold Solution Providers for Second Life. Since 2010 they have focused on Unity 3D development and have built immersive virtual environments for all sorts of use cases, from connected TV applications to avatar-based software that helps young people with mental health issues. Currently they are working on several AR and VR projects including an app for child patients that helps reduce the stress associated with hospitalisation by increasing familiarisation with staff, environments and procedures. Dom is a member of the VRARA Digital Health Committee.

Dr. Timothy Jung is Founder and Director of the Creative AR & VR Hub at Manchester Metropolitan University, UK. He has been involved in a number of funded AR VR research projects at national and international level and currently, he is managing various Augmented Reality and Virtual Reality Projects in the Tourism and Creative Industry. He is an advisor of BirdHIVE VR & Drone project led by Lake District National Park. He is renowned for his work in Augmented Reality and Virtual Reality and his research work has been covered by Manchester Evening News, TechNorth, VRFocus, TechRadar, Independent, Huffington Post and he is a regular invited speaker & keynote speaker in major international conferences. He is the Conference Chair of International AR & VR Conference 2017/2018 in Manchester. 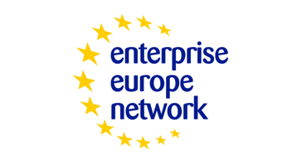